in the Wald & Schlosshotel Friedrichsruhe

A jewel in Hohen­loher Land

Welcome to the 5-star superior Wald & Schlosshotel Friedrichsruhe – a beautiful place of peace and indulgence.The luxurious property is located idyllically in “Hohenlohe” and is surrounded by a neat 44.000m² park scenery. It is ranked among the most beautiful hideaways in Germany.

You can chose from one of the 66 classy furnished rooms and suites in the historical hunting lodge, the main building, the spa-building, the gatehouse or the garden house. English cottage style, royal elegance or traditional Modernity – we offer something for every taste.

The land of Hohenlohe is known as the delicacies-counter of Baden-Württemberg. That is why we have the best products right on our door steps, and serve them to our guests as delicious dishes.

Sustainable cuisine, comfort and quality – these are our guiding principles. We have respect for the environment and nature and give our best to ensure our high standards and local seasonal produce. Having all our producers sourced locally means it is not too far a drive to arrive. We always get fresh products of best quality.

The rich breakfast-buffet in the morning is already packed with wonderful products from Hohenlohe: delightful fresh bread that was baked at the nearby “Hofgut Hermersberg” bakery, homemade jams of best quality from our kitchen, selected sorts of cheese from local farms, exquisite ham and sausages from local butchers. Those are only a few of Boris Rommel’s favorites.

Our wine cellert is filled with finest wines of traditional wine makers who press the red and white grapes of the wine yards of Hohenlohe – to name a few: Trollinger, Schwarzriesling, Lemberger, Spätburgunder, Samtrot, Muskat-Trollinger or white wines like Riesling, Müller-Thurgau, Silvaner, Kerner, Traminer, Muskateller, Weißburgunder and Grauburgunder.

By the way: Boris Rommel also likes to use the flavorful wild herbs that grow in the garden of the hotel in his dishes.

Here are a few of our local producers:

Convince yourself of our services. 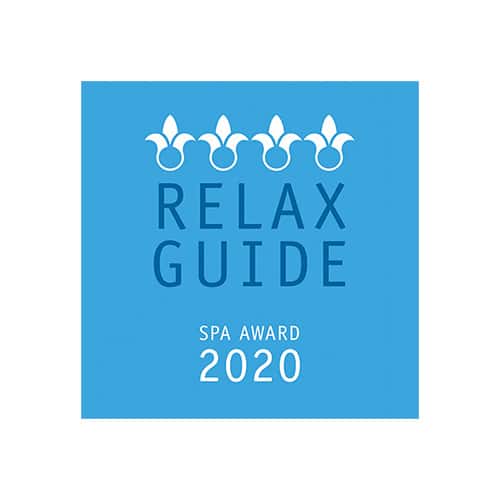 The History of the Hotel

Count Kraft VI. of Hohenlohe created a large animal park with a hunting lodge between “Platzhof” and “Zweiflingen”. During the Thirty Years’ War the animal park and the hunting lodge fell into the hands of the surrounding courts.

A large part of the forest and the animal park gets cleared and farmers settle the free spaces. The village gets called “Tiergarten” (animal park).n.

The name gets changed into “Friedrichsruhe”.

Prince Alexander, son of prince Ludwig Friedrich of Ingelfingen, dies in the hunting lodge in Friedrichsruhe.

The “Waldhotel Friedrichsruhe” (Forest-hotel) is opened.

The number of rooms increased to 55 rooms with a new building and a heated swimming pool is built.

The opening of the golf course (9-hole).

The Wald & Schlosshotel Friedrichsruhe gets its first Michelin star.

The beauty farm of the Wald & Schlosshotel Friedrichsruhe is opened.

The golf course is expanded to 18 holes.

Renovations all over the Wald & Schlosshotel Friedrichsruhe began.  The Restaurant, rooms in the main building, the reception area and the hunting lodge was given a new shine of light

The hotel is taken over by the Würth-Group – Lothar Eiermann stayed as the manager. In the same year the hotel-bar and the fireplace room were emerge as one open space.

The hunting lodge is renovated. At the end of the modern renovations the hotel now has 39 rooms.

The 4.400m² spa with its indoor- and outdoor pool, saunas, treatment rooms and a fitness centre is opened and 27 new rooms in the spa-building are built.

There were six modern meeting rooms opened for business.

Jürgen Wegmann is the new General manager of the Wald & Schlosshotel Friedrichsruhe.

The Gourmet-Restaurant ran by Chef Boris Rommel is rewarded with a Michelin-star.

The gourmet restaurant is being baptized and is now carrying the name “Le Cerf”. This is an allusion to the classic-french cuisine. On 14thNovember 2017 the Le Cerf received its second Michelin-star.

The Wald & Schlosshotel Friedrichsruhe gets the highest mark of 4 lilies and 20 points by the prestigious RELAX GUIDE for the ninth time in a row. 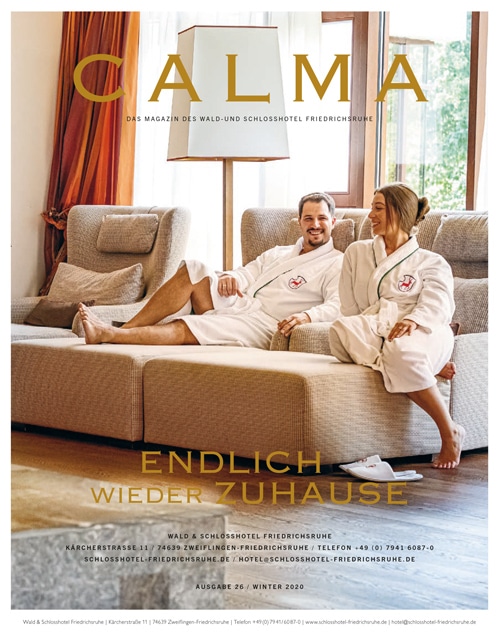 Come a bit closer…
…explore the versatility of Friedrichsruhe.

Read anytime & anywhere! Explore the Wald und Schlosshotel Friedrichsruhe in a new way – in the online edition of our Calma magazine.